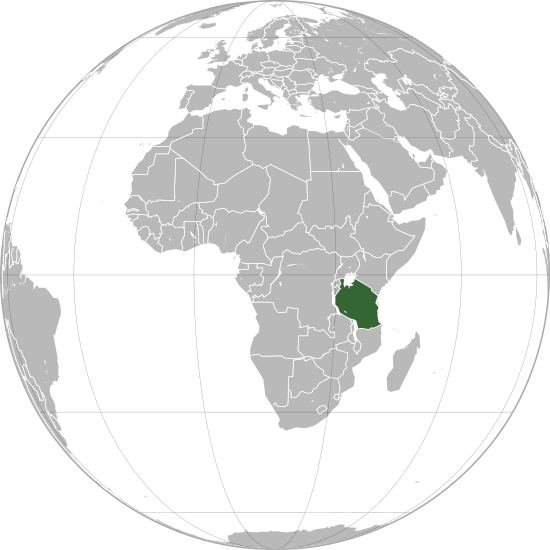 Tanzania is the largest country in east Africa, covering an area of 945,166 sq km (364,929 sq miles) with a population of 58 million people.
The United Republic of Tanzania was created in 1964 when recently independent Tanganyika (1961) joined with the island state of Zanzibar, following the overthrow of the Arab government.
Tanzania is a peaceful, welcoming and friendly country, which has much to offer to tourists. For those who want to go on safari, a Swahili word meaning journey, the game viewing in Tanzania is considered by many to be among, if not the best, in Africa. This is not surprising when one realizes that 20% of the continent’s large mammals are found in Tanzania and 25% of the country is classified as national parks and protected areas.
If it’s beaches that you want, the Tanzanian mainland coast and Zanzibar in particular, have mile upon mile of pristine white sandy beaches fringed by coconut palms. For those wanting a cultural experience, Tanzania has considerable variety from the strong Arabic influences in Zanzibar to the Masaai Museum on the mainland.
Tanzania has so much to offer tourists. You will enjoy sights unseen in any other part of the world. Experience the love of the Tanzanian people as you travel from the larger cities to the rural communities. See the beauty of the African sun, listen to the birdsong and admire animals as they walk about freely as you drive in the comfort of your own safari vehicle.

The following immunizations are essential:

The following immunizations should be considered:

The decision as to which of the immunizations are necessary – please consult your family physician.
The first immunizations needs to be Yellow Fever (typically 6 weeks in advance of travel)

There is a high risk of contracting malaria in the areas guests are visiting especially in Dar-es-Salaam and Zanzibar. Malaria is a dangerous disease that is spread by mosquitoes that sting between dusk and dawn. The best way of preventing malaria is not to get stung. Covering arms and legs, and wearing socks during the hours of darkness helps, with mosquito repellent or similar applied to exposed parts.

Antimalarial drugs need to be taken. It is important to consult your doctor to find out which is most suitable for you.

Tanzania has a tropical climate. There is little difference in temperatures throughout the year because Tanzania is close to the equator. There are, however, considerable regional variations.  Ngorongoro in the Northern Highlands for example is cooler and less humid than Zanzibar. Although the coast is more humid than the interior mainland, there is often an offshore breeze which makes it feel cooler, especially at night.

The seasons in Tanzania are based on rain. The short rains start in November and December while the main rainy season normally lasts from late February to late May. It is worth noting that during the rainy season it does not rain all the time.

In Tanzania, and especially Zanzibar, guests will be mixing with various faiths that do not look favorably on people wearing skimpy clothing. Young women and girls who wear skirts above the knee, skimpy tops and/or tops which expose their shoulders are considered by Tanzanian men to be ‘easy’. Young women and girls wearing such clothing often experience a lot of unwelcome attention as a result.

Clothing needs to be light given the high temperature, and modest. Men will find that they are far more easily accepted if they wear long trousers and a shirt or t-shirt, rather than shorts and vest.

“Normal” swimming gear and shorts are acceptable on the beach, although topless sunbathing is not allowed.

Guests visiting Tanzania must have a passport valid for 6 months from date of travel and a tourist visa. Visas are issued by Tanzanian Embassies, High Commissions and Consulates world wide.

Visas should be obtained in advance of travel. It is possible, although not recommended, to obtain a visa at the point of entry to Tanzania, at Dar-es-Salaam International Airport or Kilimanjaro International Airport. Please contact us to help you with obtaining visas.